Presentations and Contributions by the Staff 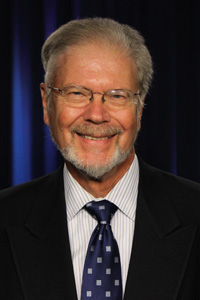 Jon Nilson is Professor Emeritus of Theology at Loyola University Chicago. He was educated in the seminaries of the Archdiocese of Chicago and received his Ph.D. in Theology from the University of Notre Dame. Besides Loyola, he has taught at St. Procopius College (now Benedictine University), the University of Dallas, and has held visiting professorships at the Catholic Theological Union and the General Theological Seminary. He was a Catholic representative on ARC/USA (the Anglican-Roman Catholic Consultation in the United States from 1984 to 2007. He served as President of the Catholic Theological Society of America in 2002-2003. Along with numerous articles and reviews, his most recent book is Hearing Past the Pain. Why White Catholic Theologians Need Black Theology.

Articles on the Roman Catholic Church, the Papacy, the Vatican, and Councils in Christianity: A Complete Guide, John Bowden, ed. New York: Continuum, 2006.

"Red Hats: the Shape of Authority in the Roman Catholic Church," .in Jung and Vigen, eds., God, Science, Sex, and Gender. Champaign: University of Illinois Press, 2010. 23-31.

"The Gift of Authority: Mountain or Milestone?" in One Lord, One Faith, One Baptism. Studies in Christian Ecclesiality and Ecumenism in Honor of J. Robert Wright, ed. By Marsha L. Dutton and Patrick Terrell Gray. Grand Rapids: Eerdmans, 2006, 316-324.

"Death, Racial Reconciliation, and the Mission of the Church – Baldwin’s Perception", Journal of the Black Catholic Theological Symposium 5 (2011), 27-49.“