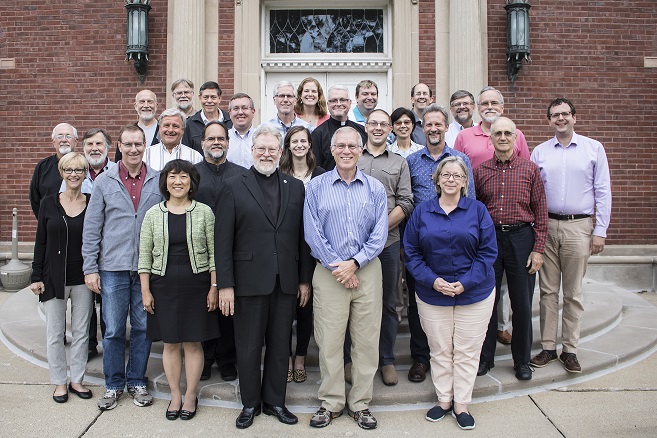 Beginning in 2013, the Archdiocese of Chicago and the ACT3 Network (link) began co-sponsoring a conversation on Christian unity among Catholics and Evangelical Christians. In 2015, 37 participants from several countries and continents met at University of Saint Mary at the Lake in Mundelein, IL. During this unique event, attendees participated in meaningful discussion on cultivating ecumenism through fraternity and action, with the objective of demonstrating a common mission on a global scale.

In 2015, the event was met with such enthusiasm that even Pope Francis reached out to the Archdiocese of Chicago and our dialogue partners to applaud its efforts. Below you can find links related to this important event.

Evangelicals and Catholics meeting at Mundelein

A response from Pope Francis.

A press release from the Archdiocese of Chicago.